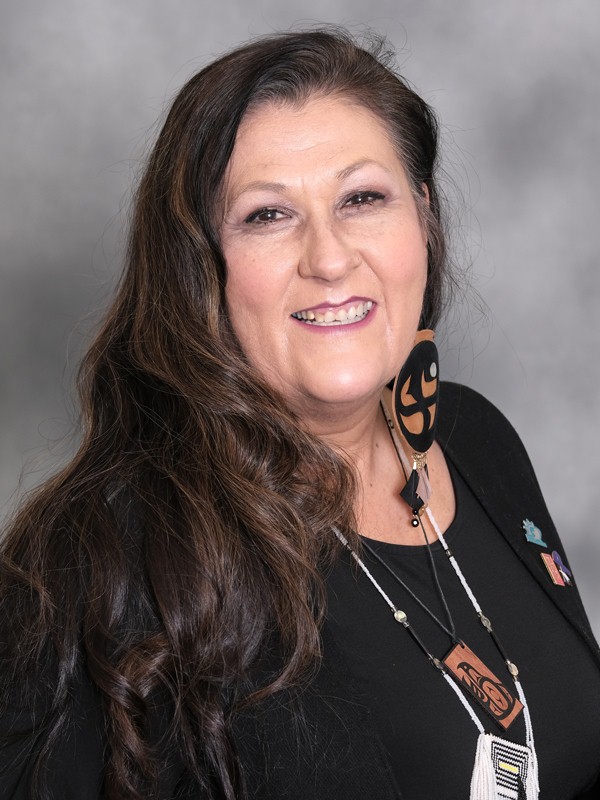 Juneau, Alaska (KINY) - United States Attorney General William Barr has approved the selection of Tlingit and Haida 6th Vice President Catherine Edwards to serve on the Task Force on Research on Violence Against American Indian and Alaska Native Women for a term of two years.

The Task Force plays an essential role in shaping the Department of Justice National Institute of Justice program’s research agenda by identifying new research questions and priorities as well as assisting with disseminating recommendations that will inform policy and practice.

The Task Force was established on March 31, 2008 and rechartered in 2010, 2012, 2016, 2018, and 2020. Members are appointed by the Attorney General and include representatives of tribal governments, national tribal domestic violence, and sexual assault nonprofit organizations, and national tribal organizations.

“As co-chair for Tlingit & Haida’s Violence Against Women Taskforce and with her extensive work in domestic violence, Missing and Murdered Indigenous Women (MMIW), and drug prevention programs, Catherine will be an invaluable asset to this federal advisory committee. It’s important that we do everything we can to address violence against Indigenous women to protect future generations. With Catherine’s broad range of violence against American Indian and Alaska Native women knowledge, I have full faith that she will be instrumental in representing the views and interests of not only Tlingit & Haida, but all Indigenous women,” said President Richard Chalyee Éesh Peterson.

She has extensive experience in tribal governance, budgets, domestic violence, and drug prevention, and continues to be a strong advocate committed to serving the needs of tribal families. Catherine's Tlingit name is Kashkaani and she is Raven of the L’eneidi (Dog Salmon) clan.

“It is an honor to be nominated and selected to serve on this task force. I learned recently that there isn't a word for Domestic Violence in any of our Alaska Indigenous languages, this is because it wasn't our way. Our Women, Children, and Men were and are sacred and it's time to return to our teachings. My selection to this task force once again reaffirms that Tlingit & Haida is proactive in its leadership and a testament to our willingness to take on this important work and bring an end to the pandemic of violence that affects our communities,” said Edwards.