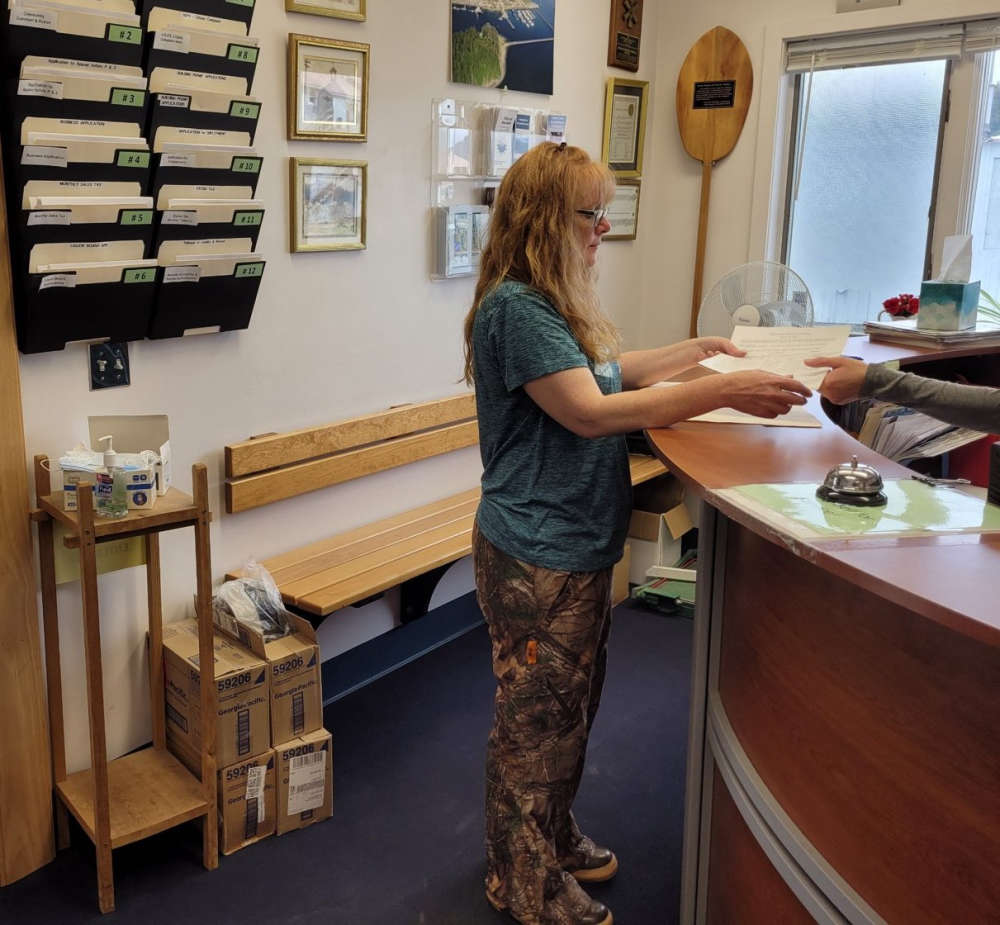 Hoonah, Alaska (KINY) - A document obtained by News of the North shows that a group of registered voters are asking the Hoonah City Clerk's office to certify a petition that would allow signatures to be gathered and to put the recall question on the ballot.

News of the North reached out to city officials to verify the filing and received a reply from Hoonah City Attorney Jim Sheehan.

"Yes, a petition was filed," Sheehan said. "We are reviewing the legality of the petition that was filed."

According to the document provided to News of the North, four grounds for recall are stated in the petition, which was filed by Hunnicutt and Orr.

According to Hoonah Municipal Code, grounds for recall are misconduct in office, incompetence or failure to perform prescribed duties. 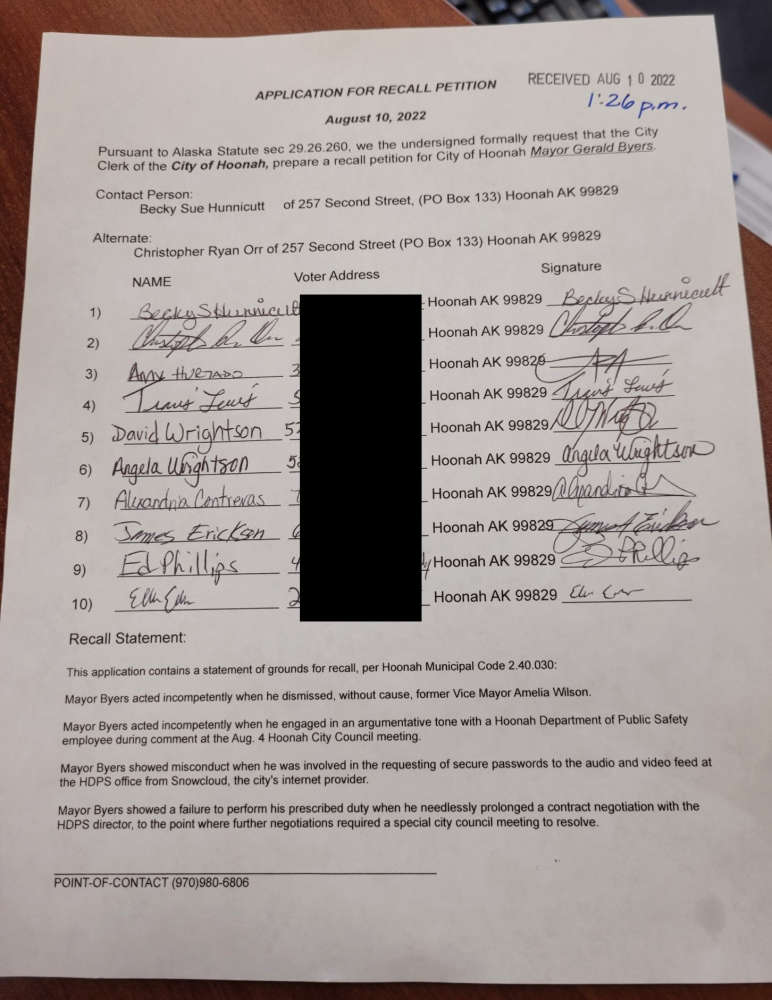 The petition was filed at 1:26 p.m. on Aug. 10. We have redacted the addresses of the petitioners from this image.

Stay with News of the North as we follow this emerging story.