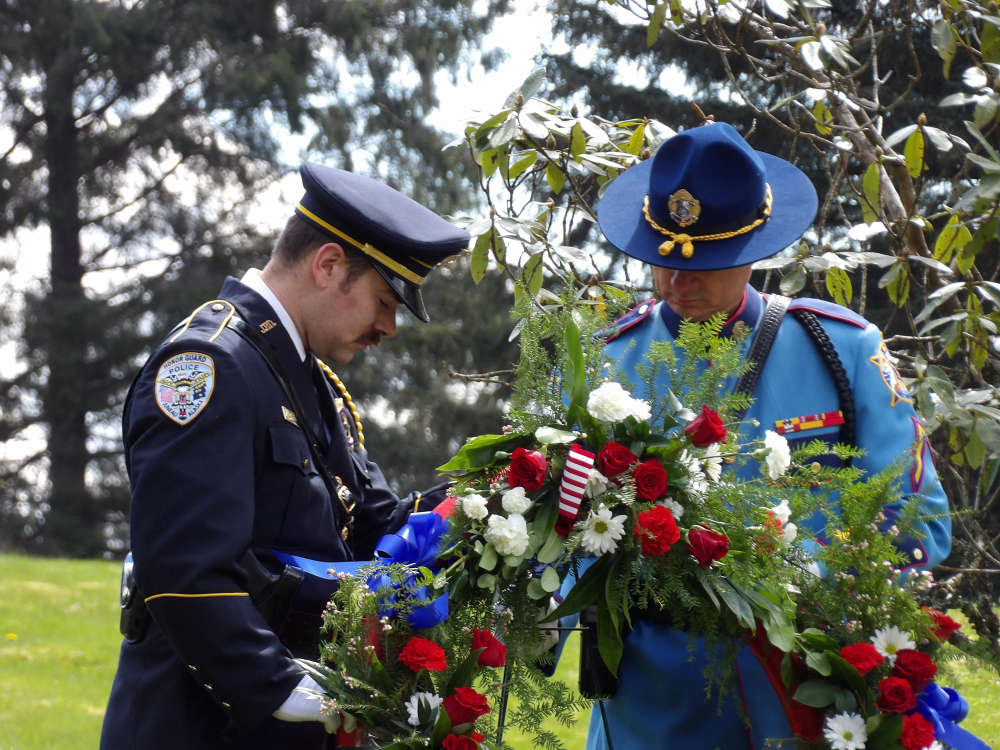 Honor Guard laying down the remembrance wreath at the gravesite of Richard Adair. (KINY / Kevin Allen)

Stage-Harvey shared that in the United States last year, there were 616 officer line of duty deaths. He said that 438 of those were attributed to the contraction of COVID-19 while on duty.

Chad Scussel, Regional Commander for the United States Forest Service, delivered a message to the gathering.

The ceremony was held at the gravesite of Juneau Police Officer Richard J. Adair, who fell in the line of duty in 1979 along with Officer Jim Earl Kennedy.

An Honor Guard laid a wreath at Adair's gravesite, as well as the gravesite of Juneau Police Detective Donald Thomas Dull. Dull fell in 1964, he was the first line of duty death in Juneau.

Officer Karl William Reishus was remembered, he fell in 1992. 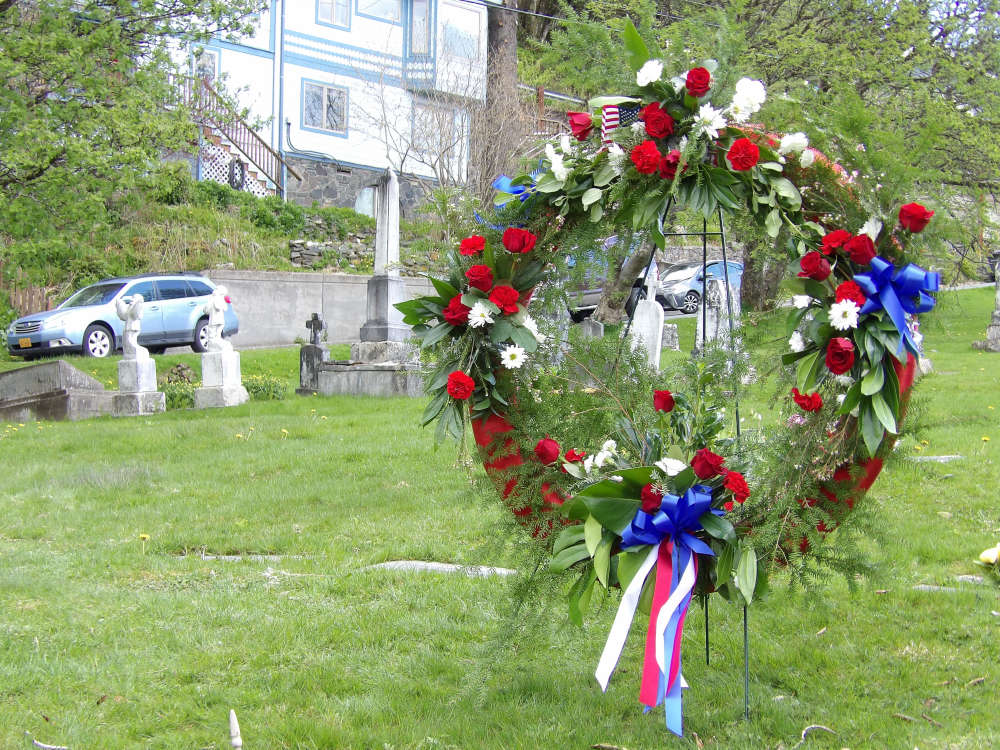 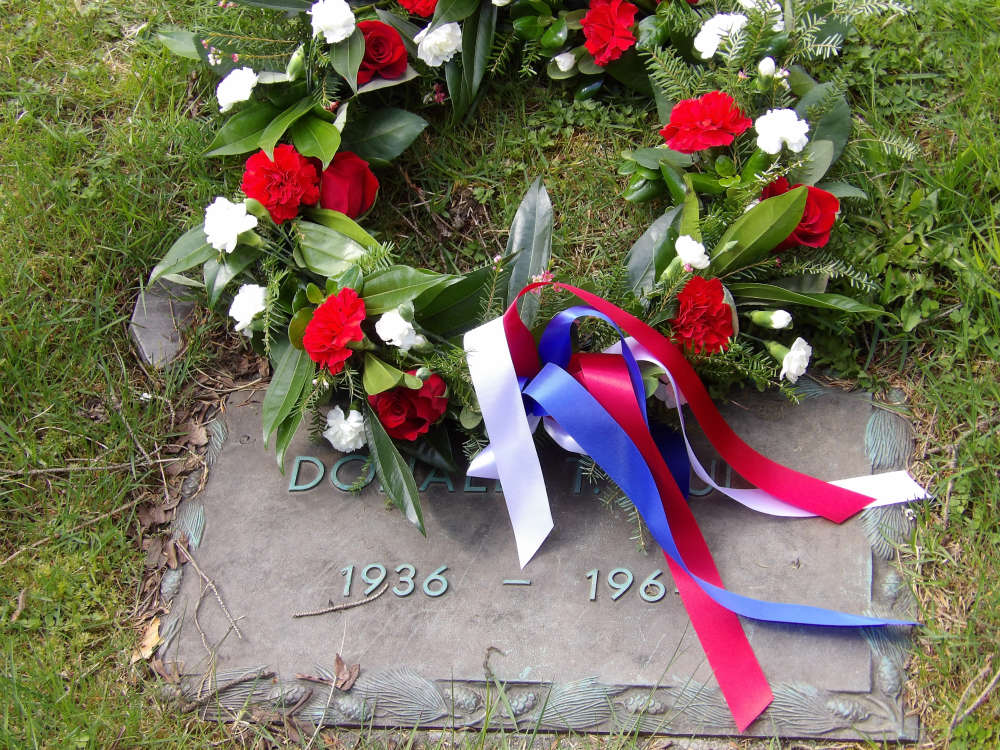