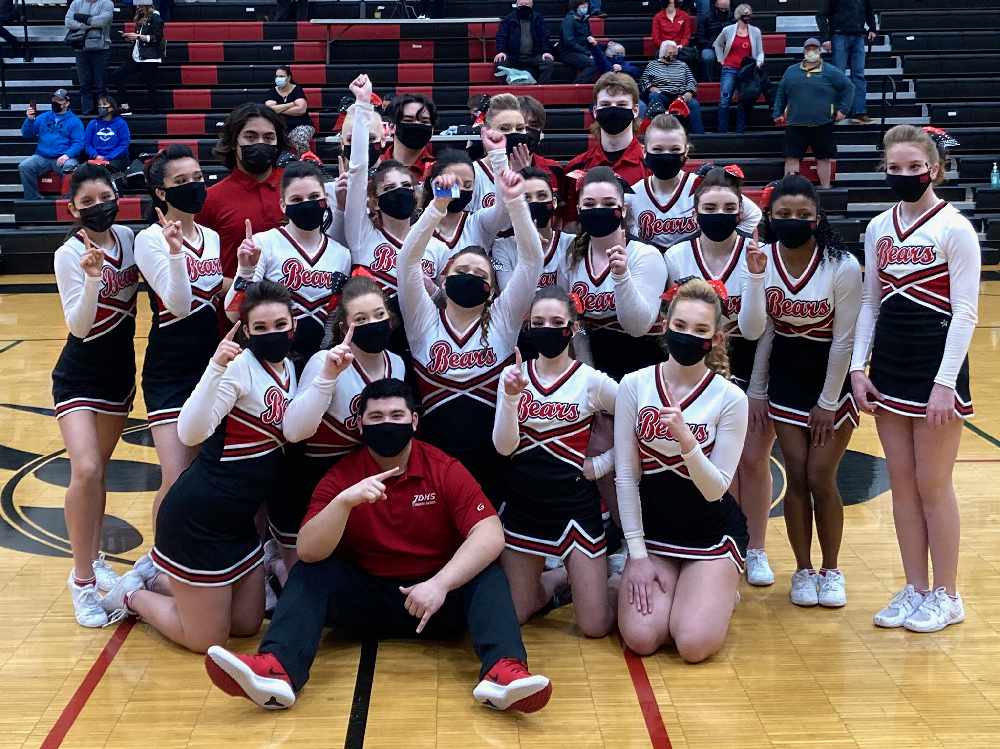 The Juneau-Douglas Yadaa.at Kalé Crimson Bears won the 4A Division, the Sitka Wolves topped the 3A squads, and the Haines Glacier Bears earned the 2A Division title.

Cheer squads could not travel this season due to COVID protocols so Region V activities and athletic directors opted for a virtual competition.

“It sounds a lot easier but in reality everyone is going to put their best routine out there and video tape it,” Juneau-Douglas Yadaa.at Kalé cheer coach Carlene Nore said. “So that means you are going to have to tape it over and over and get the absolute best you can from all of your athletes.”

Nore said the downside of the virtual competition was the lack of crowd energy to push the athletes.

“That is hard to generate, that audience energy,” Nore said. “We’re very thankful to have been given the opportunity to be able to have a season. Thanks to the JSD and our administration who

worked hard to ensure we would be safe and have these opportunities.”

Juneau-Douglas senior Katrina Taton said she has been cheering for 12 years, including the last four in Basketball and two seasons in football.

“The family aspect is exciting and the adrenalene of having people cheer with you,” Taton said. “And knowing we are doing good is the best feeling, taking the floor with your best friends and your family.”