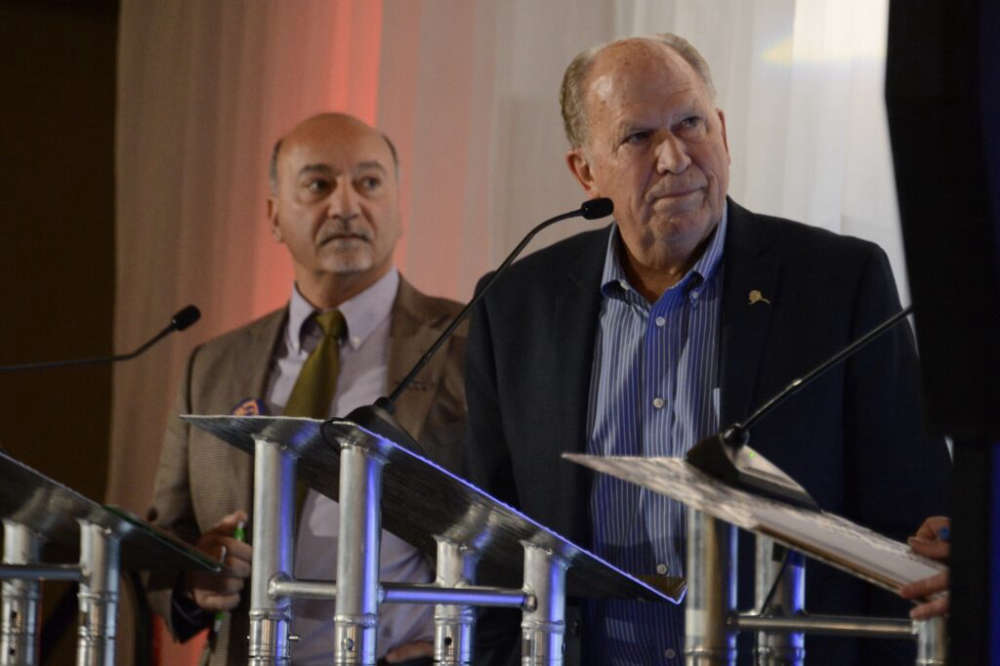 Fairbanks, Alaska (Alaska Beacon) - If elected, the challengers to Gov. Mike Dunleavy say they would send a variety of proposals to the Legislature.

In a Wednesday candidate forum hosted in Fairbanks by the Alaska Chamber, Democratic governor candidate Les Gara and independent candidate Bill Walker said that if elected, they would seek new state revenue to pay for a variety of projects and reverse years of cuts to state services.

Both men are seeking to unseat incumbent Republican Gov. Mike Dunleavy, who has advocated service cuts and opposes taxes not approved by a statewide vote. Also competing in the Nov. 8 general election is Republican candidate Charlie Pierce.

Neither Dunleavy nor Pierce appeared at Wednesday’s forum. Pierce did not respond to invitations from the Alaska or Fairbanks chambers, and Dunleavy was touring storm damage in western Alaska.

Gara and Walker have repeatedly criticized Dunleavy for failing to attend candidate forums and events but withheld criticism of his absence on Wednesday, saying that his decision to focus on the aftermath of Typhoon Merbok is appropriate.

Dunleavy finished first in the Aug. 16 statewide primary, followed by Gara and Walker. The incumbent’s absence left his challengers with an open forum.